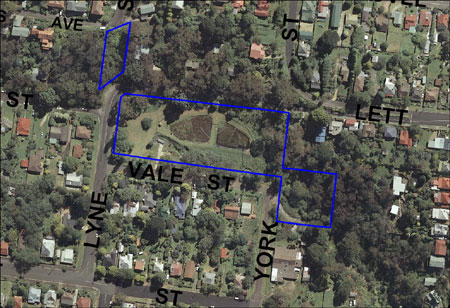 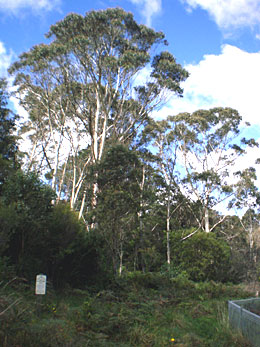 The Vale Street Bushcare site is located in a small valley within the streets of Lett, Lyne, York and Vale in South Katoomba. The site includes a natural creekline, a major gross pollutant trap and wetland system, which filters a major proportion of stormwater from the Katoomba township above.

Adjacent to the Bushcare site is a small community park. It is believed that a part of the Bushcare site, where the park and wetland system are now located, was once a market vegetable garden.

The Bushcare site has great potential, but inherits some major and historic weed issues from past disturbances and land clearing. As the Bushcare site is located near the top of the Leura Cascades catchment, it is an important area to rehabilitate. 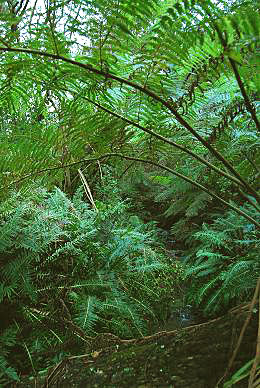 Natural Creekline Below The Ponds

The site contains some wonderful remnant bushland vegetation, ranging from majestic Mountain Ash (Eucalyptus oreades), with an understorey of Banksias, Hakeas and Leptospermums on the slopes to lush Black Wattle (Callicoma serratifolia) and Tree Ferns along the creekline. The artificial wetland system, containing sedges and rushes, provides great habitat for local wildlife.

The Vale Street Bushcare Group began in 1998, initially by Francis Dutton, an interested and concerned local resident. Other residents have also provided support over time. Initially, Francis and the other residents faced a wall of Privet! Council later provided resources and assistance and officially included the Group into the Bushcare programme in 2000. 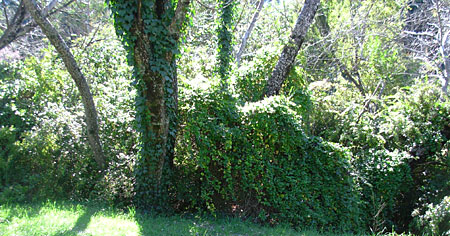 However, it is the steady and ongoing work of the Bushcare Group, particularly in regard to weed control and planting, that has shown great progress.

The Vale Street Bushcare Group meets on the fourth Saturday of each month from 9.00 am to 12.00 midday. Some members of the Group also meet at other times during the month. New members are always welcome; there is a variety of tasks, ranging from challenging to easy and enjoyable. Contact Francis Dutton for further details on 4782 4999.